8 Popular Apple Watch Alternatives to Get in 2021

The Apple Watch Series comes in with one of the highest price tags in the industry and the shortest battery life. Equally, some people don’t actually like to use Apple products. Whatever the reason is, we thought it would be useful to have a list of all the best Apple Watch alternatives so you can avoid breaking the bank.

Most smartwatches are compatible to use with different devices, however, you might find limitations on some features; nothing that will affect the use of the watch though. So you don’t need to worry if you have an iPhone and want a different brand smartwatch. It is also worth noting that some smartwatches are only fitness trackers and would not have calling capabilities for example.

The Moto 360 (Third Generation) is a smartwatch from Motorola that is priced at around $300. Unfortunately, the price tag is fairly high on this one but if you use a Motorola coupon or shop for the latest deals you might be able to save on the watch.

This smartwatch is water-resistant and has sensors that monitor heart rate and sleep similar to most other smartwatches on the market, so that is expected. The Moto 360 also works with Apple devices as well as Android and has a number of fitness apps that are compatible.

One thing that we like the most about the Moto 360 smartwatch is the style & design. This watch looks very sleek and well-finished, without actually looking like a smartwatch. If you don’t like the look of the band, you have 2 options to change it and we are sure there will be more added in the future.

One thing that we dislike about the Moto 360 smartwatch is the battery life. Similar to the Apple Watch, the Moto 360 only manages to push a single day of battery. This is compared to some users reporting that the Fitbit can last a whole week. If the battery is not an issue for you then this is still a great smartwatch alternative to the Apple Watch.

You can get the Fitbit Versa 2 for around $160 and it is not the most recent smartwatch from the brand.

This smartwatch is more aimed at the health & fitness enthusiast and it has a range of features to help you understand your body & performance. You will be able to track your heart rate, steps taken, flights of stairs climbed, and also monitor your sleeping pattern. Sleep monitoring is a popular feature and allows users to “optimize” their sleeping pattern based on scoring.

Although this smartwatch is more of a fitness tracker, you can also receive phone calls, get notifications, text messages, and much more than you would expect.

What we like about the Fitbit Versa 2 is the battery life. Being able to track your daily activity and sleeping pattern in addition to receiving phone calls and texts but not sacrificing battery is a huge selling point. We rate the Fitbit brand, in general, a 5/5 for battery life.

What we dislike is the design. Although the Fitbit Versa 2 is a fitness tracker, it is still classed as a smartwatch. We find that the design is quite clunky and large compared to other brands.

Samsung is probably the number one rival of Apple when it comes to smartwatches. The Galaxy Watch 3 is a great alternative to an Apple Watch and comes in at a price of around $350.

This model is still fairly expensive but it is worthy of the price tag. The Samsung Galaxy Watch 3 has a range of great features including an AMOLED display, smart designs, rotating bezel, Bixby voice control, and an FDA-approved ECG sensor. There isn’t much more you could fit into a smartwatch and Samsung does it all.

There are a range of different styles to choose from with the Samsung Galaxy Watch 3 and the watches can appear smart & casual in their look. The one downside to this smartwatch is the poor battery life of around 2 days. However, compare that with Apple and it is much better.

One thing that we like about the Samsung Galaxy Watch 3 is the ECG feature. Understandably, this isn’t really a must-have for most people but it is still a great feature to have in a smartwatch and good for health.

One thing that we dislike about the Samsung Galaxy Watch 3 is the battery life. Again, the battery life is much better than the Apple Watch Series but it is much worse than the Fitbit and other brands.

This watch has been designed with fitness in mind and comes with a range of features. The Samsung Galaxy Watch Active 2 has GPS tracking, a touch-sensitive display, fitness tracking, and music integration. It doesn’t have the same features as the normal Galaxy smartphone models but can still receive calls and messages.

The battery life is still not great with only a 2-day estimate, similar to other Samsung Galaxy models. However, if you are using this as more of a fitness tracker than a smartwatch, the battery life won’t really matter.

One thing we like is the display. The display on the Samsung Galaxy Watch Active 2 is very clean and modern. Everything is easy to see and understand, with a nice finish on the outside too.

One thing we dislike about this smartwatch, again, is the battery life. Given how advanced technology is, battery life should be much better than 2 days.

The Fitbit Sense is designed with health & fitness in mind. It also comes with a high price tag of around $300 but this is justified with the features you get.

This smartwatch really focuses on health and has a range of features that other smartwatches do not. You can enjoy features that monitor stress, skin temperature, blood oxygen levels, and all the other features of a Fitbit smartwatch. If you really want to focus on health & fitness then this is the smartwatch for you.

The touchscreen can be a bit tricky to understand at first and you will have to pay for premium service if you want to access some features.

One thing that we like about the Fitbit Sense is the stress monitoring feature. In 2021 stress and mental health is a huge problem and taking steps to manage it is important.

One thing that we dislike about the smartwatch is the interface. We felt that the Fitbit Sense could have been designed a bit better as it is very hard to use.

The Garmin Vivoactive 4 is another health & fitness orientated smartwatch. This one does also comes with a high price of around $300.

This water-resistant smartwatch is a great alternative to the Apple Watch and contains many sports features that the Apple Watch doesn’t. You will find that the Garmin Vivoactive 4 covers over 25 different types of sports tracking so you can really take your fitness to the next level.

You can access more data on your workouts with this smartwatch than any other out there. This is important if you take your fitness seriously and want to improve. You can also receive notifications on the Garmin Vivoactive 4, however, you can’t reply from the watch.

In addition to all these features, you will also get sleep monitoring features that monitor your breathing and sleep pattern. The battery life will also take you past 7 days which is miles above the Apple Watch and Samsung Galaxy Watch options.

One thing we like about this smartwatch is the level of depth that you go into when it comes to data on your fitness. If you want to understand your body when taking part in sports & fitness then this is a great option.

One thing we dislike about the Garmin Vivoactive 4 is the price. This smartwatch does have better fitness tracking and metrics but it lacks the ability to return calls & messages, which other smartwatches can do.

Did you know there was a designer smartwatch? The Michael Kors Access Gen 5 Bradshaw is a very stylish smartwatch, designed with fashion in mind. However, it doesn’t come with a designer price tag and will cost between $200-$350.

This is more of a smartwatch designed for style rather than practicality and fitness. You will find that there is a range of style options for both men and women to choose from when you purchase. It has an AMOLED display and the exterior of the smartwatch is truly stunning.

It can be used with Android and iOS devices with basic fitness tracking features. You can also get access to Google Assistant which can be useful in some instances. The one downside is only 24-hour battery life.

One thing that we like about the Michael Kors Access Gen 5 Bradshaw is the design. If you want a smartwatch that looks like a $20,000 watch, then you should definitely go for this one.

If you want an Apple Watch alternative that is extremely cheap then the Amazfit Bip S is the one for you. This smartwatch comes in at around $70 and is a basic, budget smartwatch.

It isn’t the highest quality of smartwatches but it does the job. The Amazfit Bip S is water-resistant, can track fitness, monitors sleep, and receives basic push notifications. These are the main features that users look for in a smartwatch after all.

If you don’t want to pay the high-end prices of other brands then this smartwatch should be your next choice. We think that the features are basic yet everything you need to understand your fitness and sleep.

The battery life is what sets this smartwatch apart from the rest. Some users report up to 16 days of battery life and others a minimum of 10. This is a huge advantage over other expensive models.

One thing we like about the Amazfit Bip S is the extensive battery life. This smartwatch doesn’t even need to compete with top brand names because it is miles ahead.

What are the best apple watch alternatives for iPhone?

The best Apple Watch alternatives include the Samsung Galaxy Watch 3, the Fitbit Versa 3, and the Garmin Vivo Active 4. It depends what you are looking for in a smartwatch as each brand offers something different.

What are some cheap apple watch alternatives?

The best cheap Apple Watch alternative is the Amazfit Bip S. With a price tag of around $70 and a range of fitness tracking features, this smartwatch is very affordable. It also has a 10+ day battery life which is more of a reason to purchase.

What is the best cheap smartwatch for iPhone?

Pretty much all smartwatches work with the iPhone but if you want a cheap smartwatch for the iPhone, try the Apple Watch Series 4, Amazfit Bip S, or the Fitbit Sense. Each brand has different features and you need to consider your reason for wanting a smartwatch.

This article contains affiliate links. This means we may get a commission if you decide to purchase anything from the links in the article.  This article was, however, written with knowledge, research, and a passion for saving money. Published by Dealorium coupons & deals. 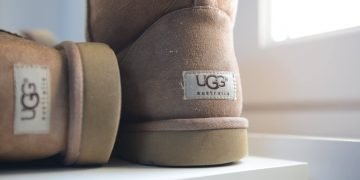 Written on January 18, 2021 in Best Products by Dealorium

13 Incredibly Easy Ways to Save on UGG Boots

UGG is one of the world's most popular brands. They sell a range of fashion items for men and women but are... 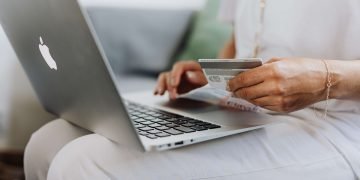 Written on January 11, 2021 in Best Products by Dealorium

The Best Things to Buy in January (And Avoid)

Throughout the year there are always peak times to purchase certain items that will get you the best prices.... 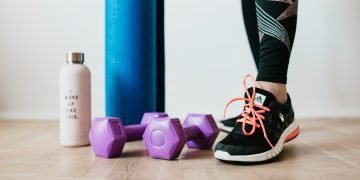 Written on January 4, 2021 in Best Products by Dealorium

It’s that time of the year when everyone needs to shake some holiday weight and kick start their health &...
Deals, Tech 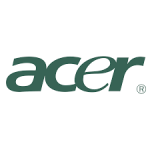 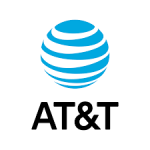 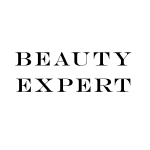 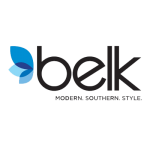 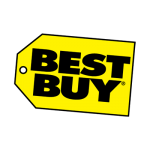 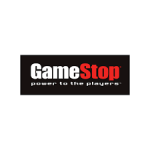 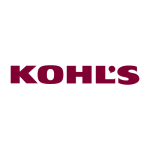 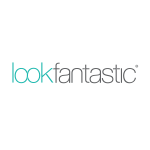 Sign Up For Free Giveaways & Coupons!You won't find them ANYWHERE else!